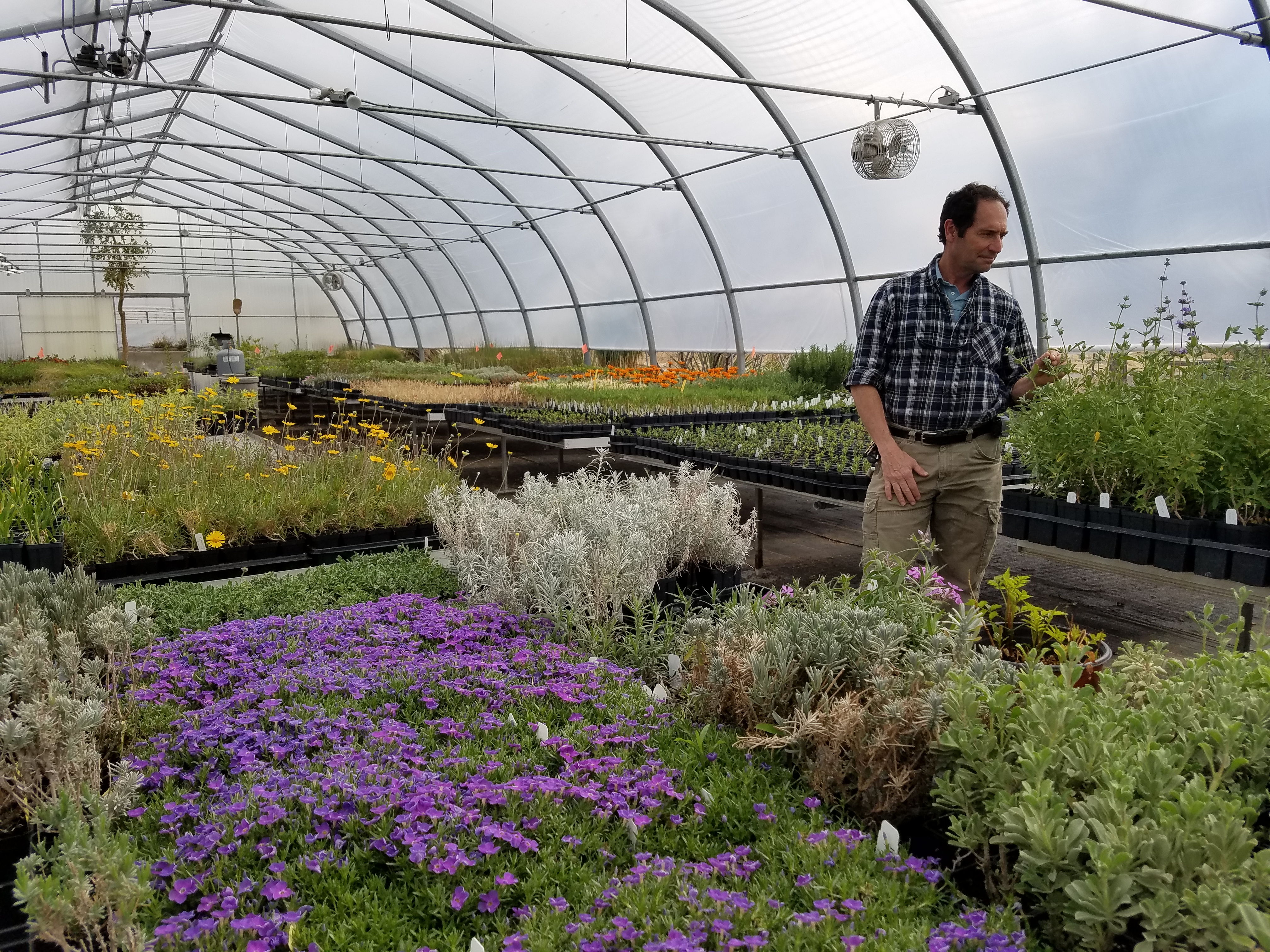 From my most recent article:

On a recent tour of Salman’s Waterwise Gardening facility located in the back portion of the old Santa Fe Greenhouses property, subtle explosions of crimson and orange beckoned me from deep inside the wide-open door of a newly built greenhouse. On either side of the structure, like stone lions at a looming doorstep, a length of four-inch-diameter drainpipe protruded out of a gravel-filled trench. Cinched against the translucent sides of the voluminous, semi-cylindrical structure, the pipes were poised to produce a roar of roof runoff. 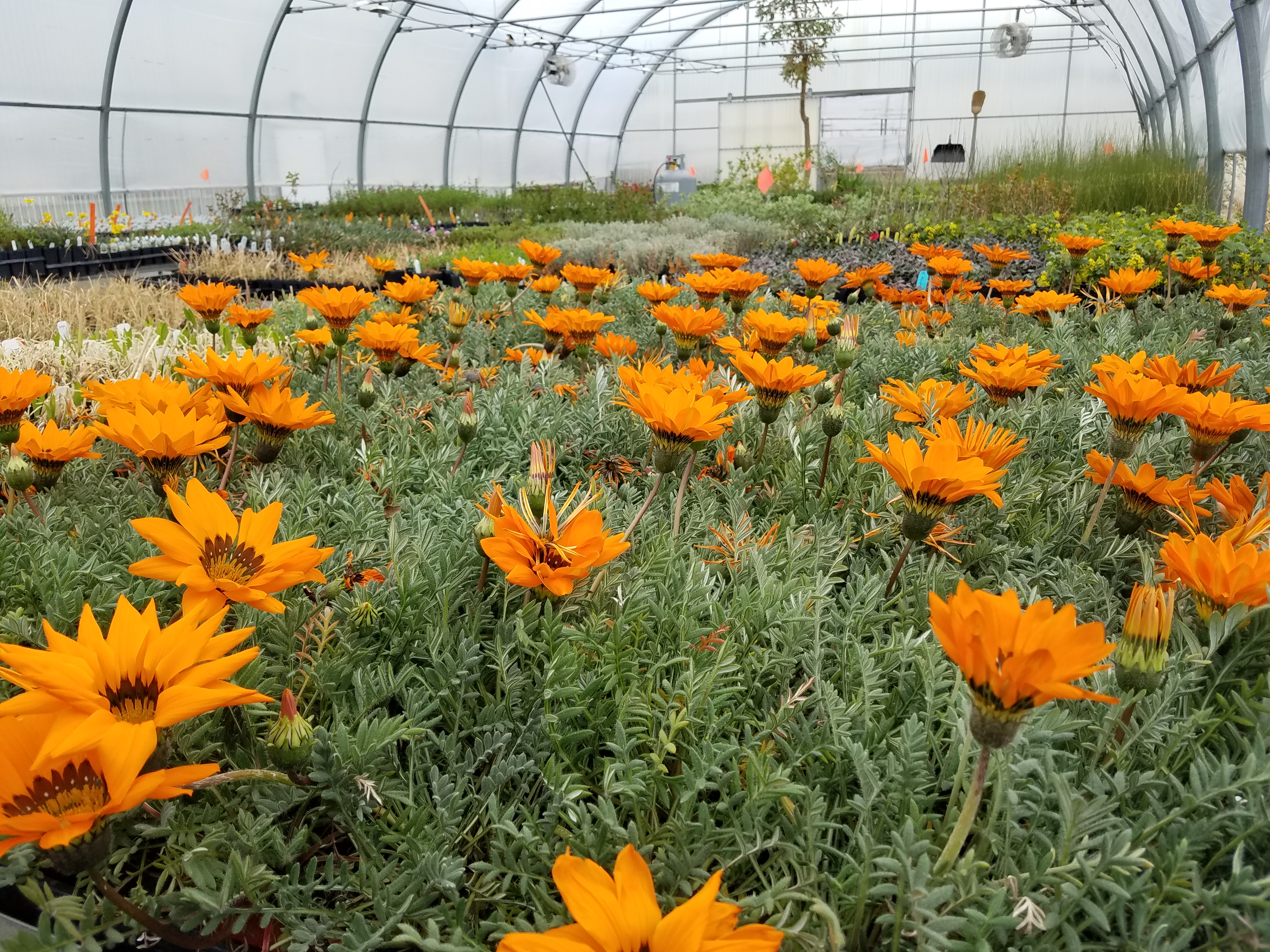 Salman and I discussed various ways to harvest the runoff not only from his newest greenhouse but also from an older, larger plant-propagation paradise that had been plumbed to a 39,000-gallon cistern during the former nursery's heyday. In the coming years, Salman hopes to grow thousands of plants in the 50- by 20-foot garden for seed, cuttings, and — primarily — research. Salman owns five patented plants he discovered, including "Blonde Ambition," an ornamental grama grass that’s swept the nation like the latest handheld Apple.

Along with his parents, Bill and Meg Salman, David started the legendary Santa Fe Greenhouses garden center in 1984. In December 1985, a bone-shivering cold snap and a natural-gas outage nearly killed their crop of homegrown poinsettias. “Without a bunch of construction heaters and a lot of vigilance that night,” he told me, “it would have put us out of business.” After that scare, “It was like the evolution of a Spanish Colonial house. Add a room after a good year, and start wrapping it around the patio.”

Due to ever-increasing requests from tourists, Salman published his first mail-order catalogue in 1993. “By 2006, High Country Gardens was nationally competitive, and we were selling in every state in the lower 48.” But six years later, “It was time to move on,” he confided — time to get back to his passions: the greenhouse, the garden, and the sacred magic of wildlands packed with rare seed. And it was time to step back from the thorny crown of managing the largest plant-nursery in northern New Mexico. 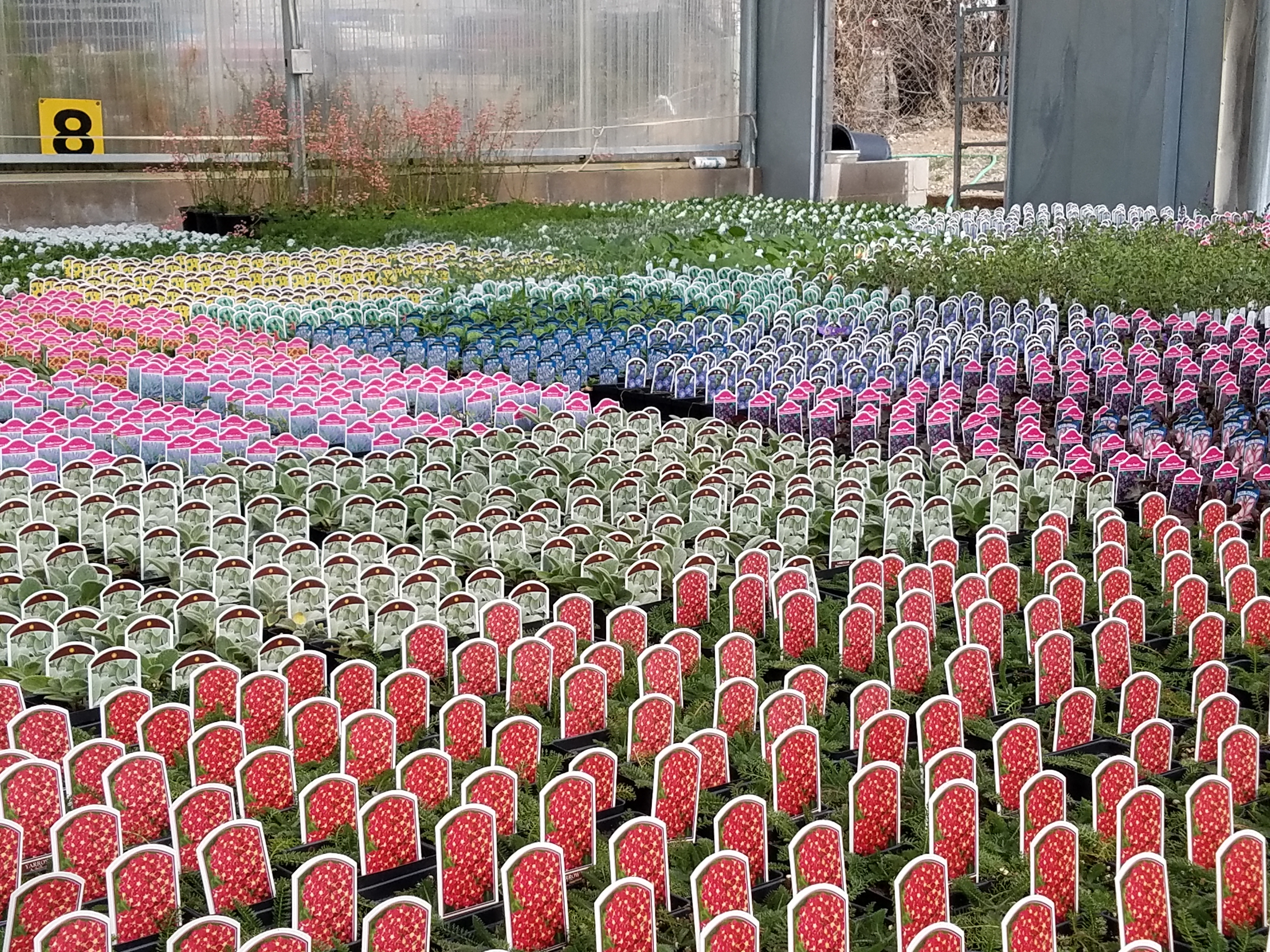 When the Salman family sold the mail-order business in 2013, David became and remains chief horticulturist at High Country Gardens, and his best varieties are still available online. Although most of these plants are now grown in Colorado, Salman’s wholesale operation is clearly growing here in town. The good news for locals is this: Every Thursday, Friday, and Saturday during the month of May, David will offer plants to the general public. (More info at http://www.waterwisegardening.com).

“So, can I say that Santa Fe Greenhouses is back?” I asked the nimble Salman with only the slightest scrap of hope.

“Nooooo,” he quickly replied in an enlightened baritone.