Some people are so proud of their cisterns that they like to show them off, but most people prefer to screen their rainwater tanks from view. You can hide them with trees and shrubs. You can erect a fence and then train vines up the fence. If you are Plants of the Southwest (one of my favorite plant nurseries in the world), you get a local artist to paint a lovely vignette of wild ruminants in a Hopi-painting style that celebrates the act of water harvesting. 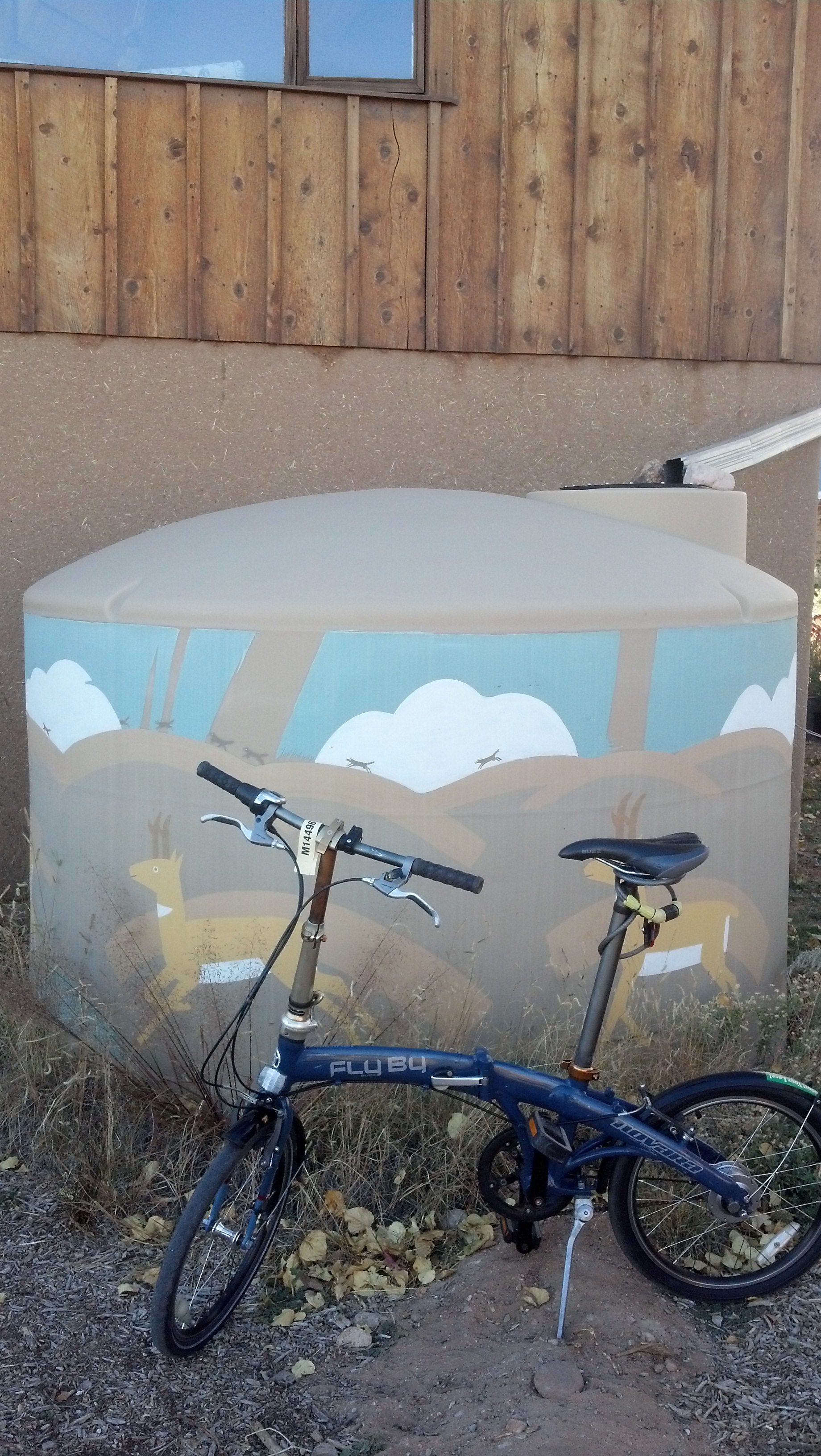 I tried to find my recent article in the 2011 Sustainable Santa Fe Guide (about the blessings of bike commuting), but it’s not online yet. Here’s last year’s article in the same annual magazine published by the wonderful youth and staff at Earth Care International.

Here’s my August column in the Santa Fe New Mexican. It’s a how-to primer/preview to a video that I will be releasing tomorrow.

Since erosion control and land restoration are a couple of Santa Fe Permaculture’s specialties, we typically get anxious phone calls from property owners after major rainstorms. Sometimes, due to a vicious monsoon or two, they’ve lost a chunk of a backyard patio. Other times, they report a flooded garage or a vestibule that came “this close” to full-blown inundation. Most of the time, however, there is less drama in their stories, and people are simply trying to do their best to prevent the continued slip-sliding-away of their real estate.

Desert Turns Green on Client’s Side of the Fence

One of the interesting characteristics of high-desert storm-events revolves around how localized their epicenters can be. After Hurricane Alex hit land earlier this month, we (www.sfpermaculture.com) received three queries from folks who all lived within a radius of 2,000 feet of each other. Evidently, the northwest corner of the Eldorado subdivision got especially hammered during the wee hours of July 1, 2010.