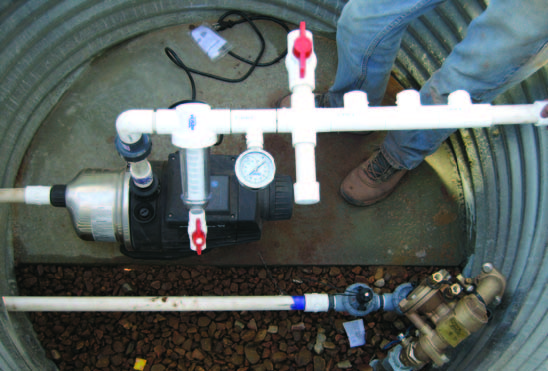 Inline Pumps
At minimum, inline pump systems require an inline pump and a pump house. The pump house protects the pump from the elements as well as
from vandals and/or thieves. Pump houses are typically located underground (Figure above), but they can also be constructed aboveground in a separate structure. 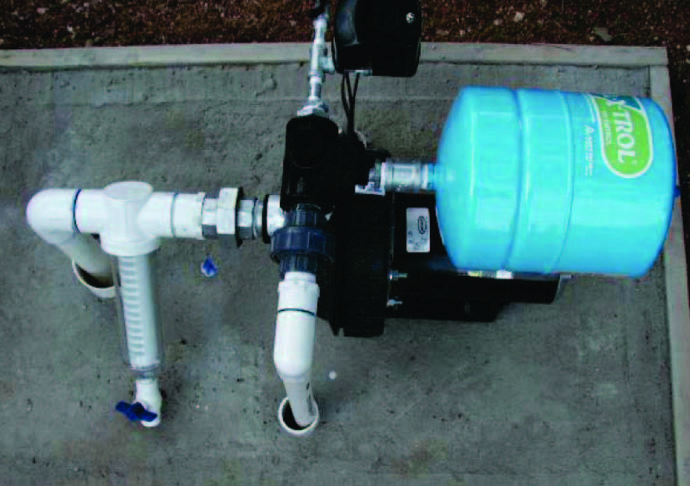 Above: Inline pump and system controls with pressure tank

Many inline pumps have a drain for winterization in the fall and a priming hole for start-up in the spring. The depth and slope of your pressurized lines will dictate whether you will need to drain or prime your pump.


One of the main advantages of having an inline pump is that the pump is easily accessible if it malfunctions. However, a leaky inline pump can flood an entire pump house quickly if an overflow pipe to daylight is not provided in the pumphouse.