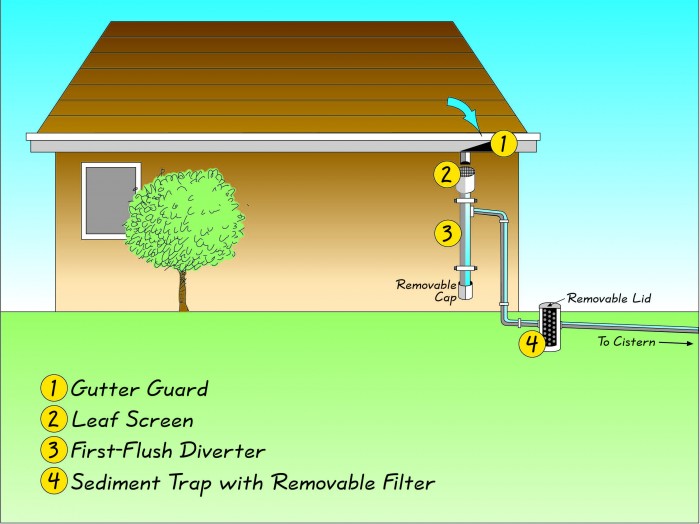 An underground cistern system is much more than a buried water tank. In order to function properly, a rainwater harvesting system with an underground cistern must efficiently collect water from a roof, filter dirt and debris from the water, and convey clean water to the cistern for storage. The stored water will then be available for landscape use when needed.

Together, the figures above and below depict the first three functions of a rainwater harvesting systemcollection, conveyance and storage. The roof of the house depicted above is the collection surface, from which rainwater flows into the gutter that runs along the roofline. This illustration depicts four types of filtering devices. A gutter guard (1) is a simple device that is placed in, or sometimes over, a gutter that filters out large debris such as leaves. A leaf screen (2) is similar to a gutter guard in that it filters out leaves and large debris. A first-flush diverter (3) is a length of capped pipe that captures the first water that is conveyed off the roof. This firstflush of water typically contains the most debris. After the first-flush pipe fills up with water, debris and sediment, any additional water flows through the connected pipe and downwardtoward the cistern. A sediment trap with a removable filter (4) is a device that separates sediment from water. The sediment settles at the bottom of the trap, allowing clean water to flow through.

NOTE: A typical rainwater harvesting system would not have all four of the filters depicted in this illustration. A common approach would be to have either a gutter guard or a leaf screen and either a first-flush diverter or a sediment trap. 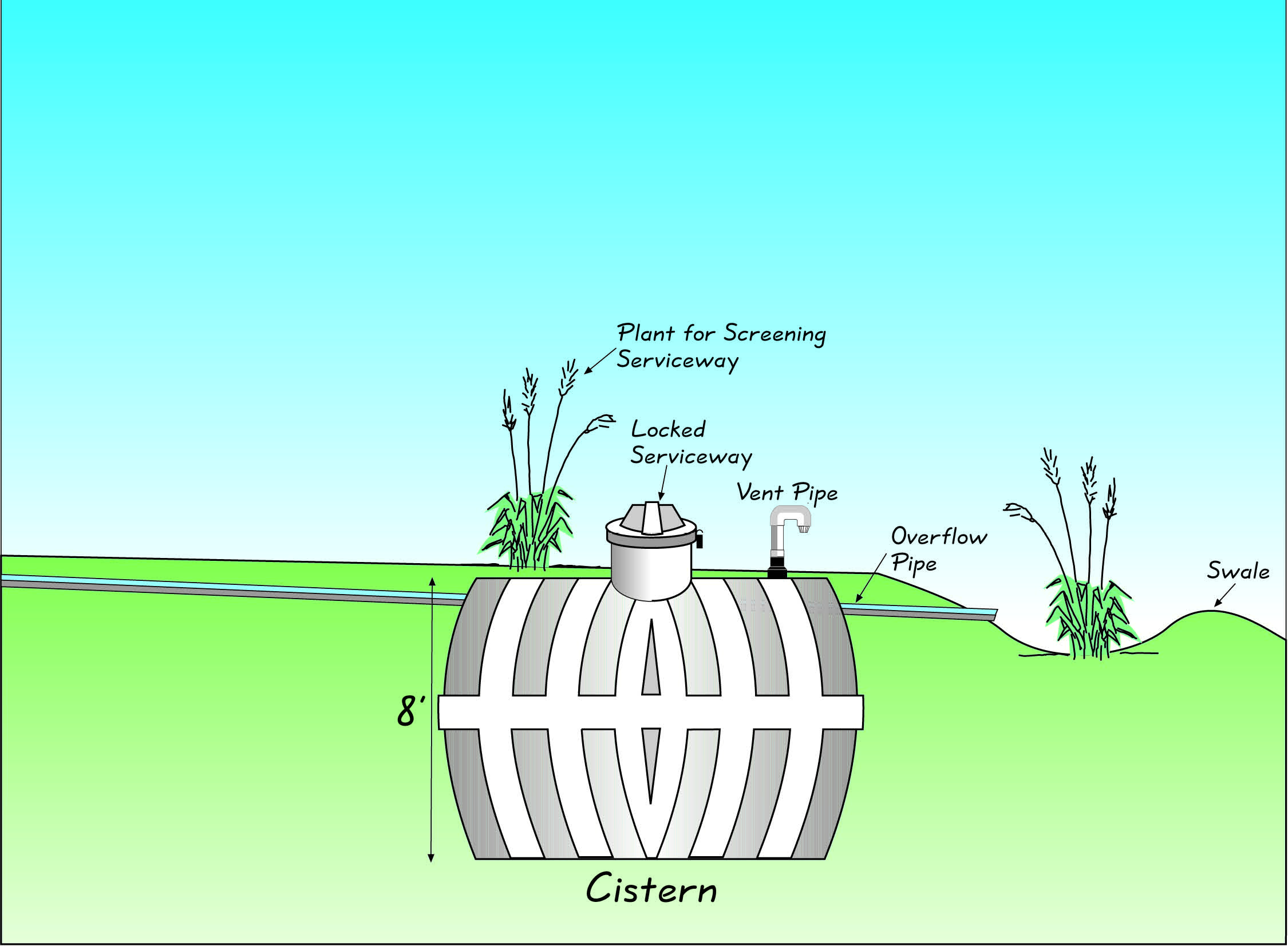 After passing through the filters, water flows through underground conveyance pipe to the cistern. The cistern depicted above is a commonly available unit made of molded plastic. An underground cistern tank has a serviceway that allows access to the inside of the cistern and its associated components.

An important feature of every cistern tank is an overflow pipe. Even in arid climates such as those found in New Mexico, large storm events can result in a volume of harvested rainwater beyond that which the storage tank can hold. The overflow pipe directs excess water away from structures and toward landscape plants, a swale or a French drain. With careful planning, even the water harvested from an unusually large storm can be safely and effectively managed.  Not depicted in this illustration is the final stage of rainwater harvesting, distribution. See blogs to come for a complete discussion of distributing water to the landscape.